I was very excited when I saw the announcement of DDDNorth earlier this year. I’ve attended the conference several times before and to see it was once again in Leeds really gave me no excuse not to attend!

Despite having a rather late night the previous evening I was one of the first there, in fact I think I accidentally tailgated a speaker inside and sat quietly in the corner until the masses arrived.

For those of you who don’t know the DDD events are free, one day conferences focused at .NET developers. They’re held around the country and have a very high standard of speakers. DDDNorth is our annual event and usually circulates between the Universities of Leeds, Sunderland and Bradford.

The first session I attended was “Machine Learning for Muggles” by Martin Kearn and it was one of the best geeky talks I have ever attended.

Martin demonstrated how to use the Azure Machine Learning API to upload your own data for analysis. He then took a photo of the audience and used facial recognition and text analysis to ask questions like “show me the happiest person”. Before today I’d always assumed machine learning was only for the likes of Google, before the first coffee break I was already wondering whether I could use the APIs in our own products.

I was right. Joel gave us a good list. It contained tips on requirements, instrumentation, and team training. I was particularly impressed by his thoughts on managing and measuring technical debt!

The last session of the morning was “You read The Phoenix Project and you loved it! Now What?” by Matteo Emili. Having recently bought and demolished TPP while on holiday this was the session I was perhaps most excited about. Matteo argued for pragmatism, he told us that in order to sell process changes the value must be determined. He quoted the common phrase “you can’t manage what you can’t measure” and discussed in depth how you should use the Build-Measure-Learn. There were even a few tips and ticks towards the end to help us get our automation deployments going!

It was lunchtime, which meant sandwiches and GROC talks (I have always been curious to know what that stands for).

I arrived in time to see a few interesting mini-talks. The first was on using the C# interactive window in Visual Studio, the second was around ARM templates for Azure, and the final one was entitled “What’s the Point of Microsoft?” and was a tongue in cheek presentation about how the big tech players compete in today’s software and hardware world. 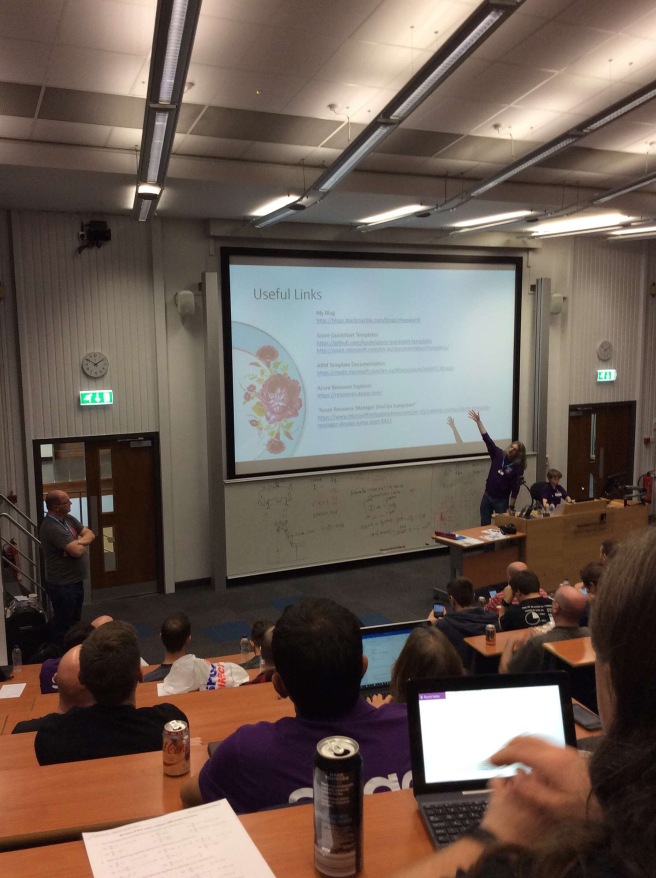 I’d love to continue, I’d love to tell you about the Microsoft BOT API talks I had lined up for the afternoon. Alas it was not to be, it was around this time that the office called to tell me that several hundred members were having issues with their accounts. No rest for the wicked!

I’d like to take the time to thank the DDDNorth team for putting together yet another fantastic event. The speakers this year were superb and if I get the chance I fully intend to catch the sessions I missed elsewhere in the country at a later date. See you next year!﻿

View all posts by Adam