Recently I was lucky enough to attend a workshop run by IndigoBlue as part of the Leeds Digital Festival.

Our objective was to build a Death Star for the Emperor. The Dark Lord of the Sith had kindly refined the construction of his battle station into user stories and the two different teams had to build various sections ready to be deployed into production.

It was only at the end of the first sprint, after my team had constructed a very impressive throne room and firing dish that we realised that none of us had asked how we were supposed to deploy into production.

The Emperor it turns out had an operations team and was very particular about production access. We couldn’t just drop sections of the space station anywhere, there were rules, and if we didn’t talk to the operations guys, the other team, and on occasion the emperor himself there was little chance we’d succeed. I don’t want to share all the rules as IndigoBlue had clearly put a huge amount of time and effort into developing them, if you want to know more I’d highly recommend you to get in touch!

After three sprints I’m glad to say we started to get the hang of things and our Death Star reaches its MVP.

A board room for holding important meetings. 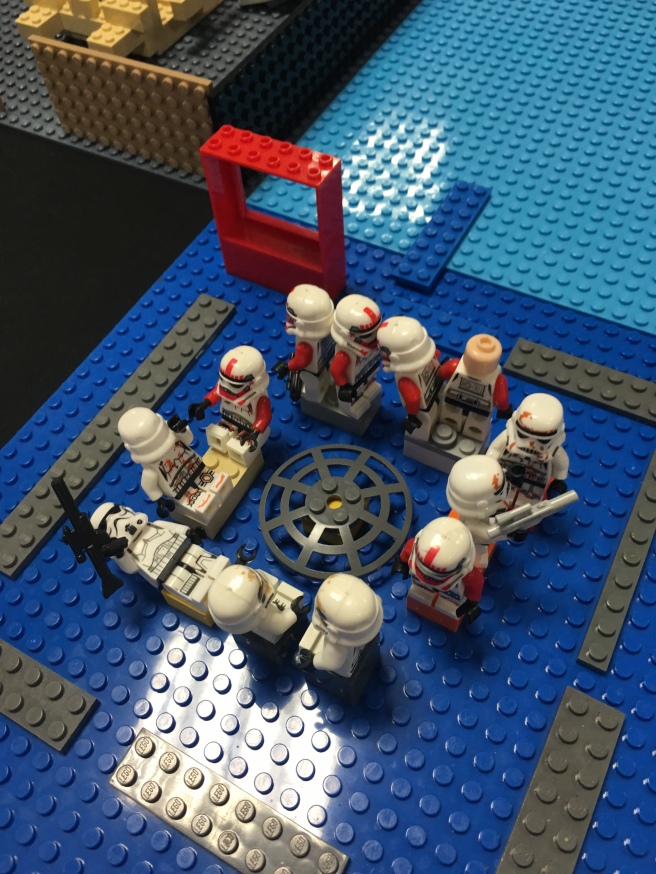 And a shuttle bay.

Not to mention all the other bits I didn’t get a great photo of!

Overall it was a brilliant evening, a great game to remind ourselves of some the basic Agile and DevOps concepts, and I had a lot of fun. If you see another of these events advertised I’d highly recommend it!